Crazy Time is one of the most popular casino games on our site, so it makes sense that we bring you a complete guide to this epic live casino game. Crazy Time is a live gameshow with a wheel of fortune reel which has a serious Alice in Wonderland vibe. Created by Evolution, Crazy Time differs from a lot of other live games out there because of its four exciting bonus features. So, without further ado, let’s take a closer look at what makes Crazy Time tick.

What is Crazy Time?

Prize wheel casino games like Crazy Time are a specialty of Evolution Gaming. The game was based on Evolution's first Dream Catcher reward wheel, which was modeled after the vintage Wheel of Fortune games that were popular in the 1980s and 1990s on television and at fairs.

All of these games are essentially a simplified form of roulette-style games (In that there is an equal possibility of winning on each area of the wheel). However, in prize wheel games, the numbers in each segment of the wheel are assigned at different frequencies, so some wagers have a higher chance of winning than others.

Unlike the majority of other spinning prize wheel casino games, Crazy Time is distinctive in the world of reward wheels since it provides a variety of bonuses and props, making it fascinating to watch. A Top Slot multiplier and four bonus games are among these incentives on offer in Crazy Time.

How to Play Crazy Time

When you first start playing Crazy Time, you are presented with a vibrant game board that has a huge wheel in the centre. After participants have put their wagers, the game's host spins the wheel. There are 54 sections in total, and the bet multipliers are 1, 2, 5, and 10. Coin Flip, Cash Hunt, Pachinko, and Crazy Time are the other four mini-games that appear on the wheel once or more. Later, we'll revisit these.

The betting area is located beneath the wheel and features a variety of boxes. You can wager on the coin flips of 1, 2, 5, 10, Cash Hunt, Pachinko, and Crazy Time. You have the option to wager on both the bet multipliers and the mini-games/bonuses.

Here is how a game of Crazy Time plays out. Players have a brief window of time to put their wagers. One of the wheel's bet multipliers or mini-games receives a random multiplier (between x2 and x50) whenever bets are placed by a slot machine mounted above the wheel. The game host spins the wheel simultaneously. Your wager is returned to you and doubled by the bet multiplier if the wheel stops on one. The mini-game begins if it stops at one. 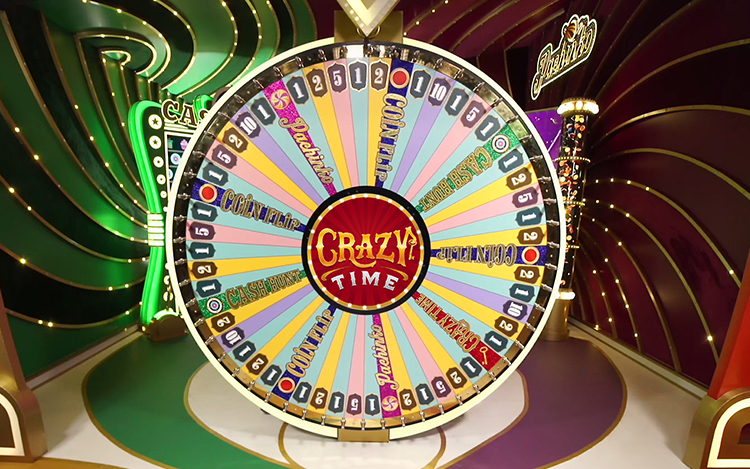 The top bonus in this game of the same name is Crazy Time. You'll see that it appears only once on the wheel. When this bonus activates, the host of the game leads you through the red door on the stage's right side. There, with a massive wheel at its centre, you will find a fantastic world fit for the largest theme parks. In comparison, the host is like an ant! One of the three colours on top of the wheel will have to be your choice. The wheel also has double and triple symbols in addition to the bet multipliers. 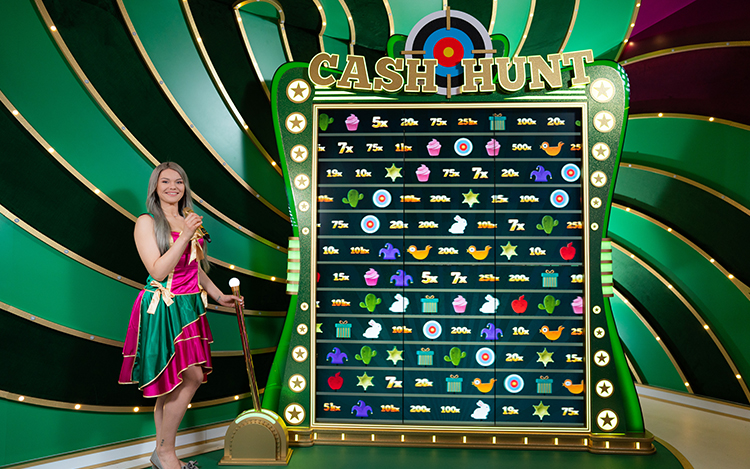 The Cash Hunt is a fantastic minigame that appears twice on the Crazy Time wheel.

108 bet multipliers are concealed behind symbols like cacti, gifts, targets, sheriff's stars, rabbits, and jester's hat on a huge wall that you are facing. You have the option of selecting the symbol yourself or letting the game decide. The multipliers hidden behind the symbols are revealed after the allotted time has passed. 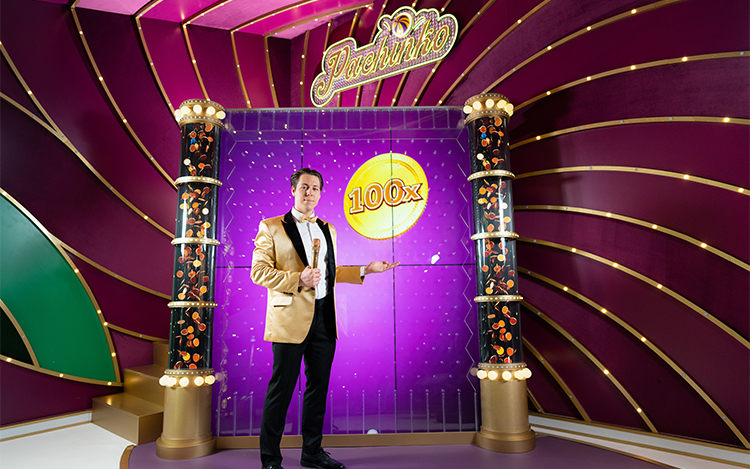 Like the Cash Hunt, this bonus appears twice on the wheel. Behind the wheel is the Pachinko side game. A vertical purple wall with 16 boxes at the bottom can be found there. There might also be one or more "double" symbols if you're lucky, as well as random multipliers. Ascending the stairs, the host throws a puck from the top of the wall. It lands in one of the boxes after bouncing off the spurs. You take home the corresponding bet multiplier. The puck is dropped again in the event of a double, which doubles all multipliers. 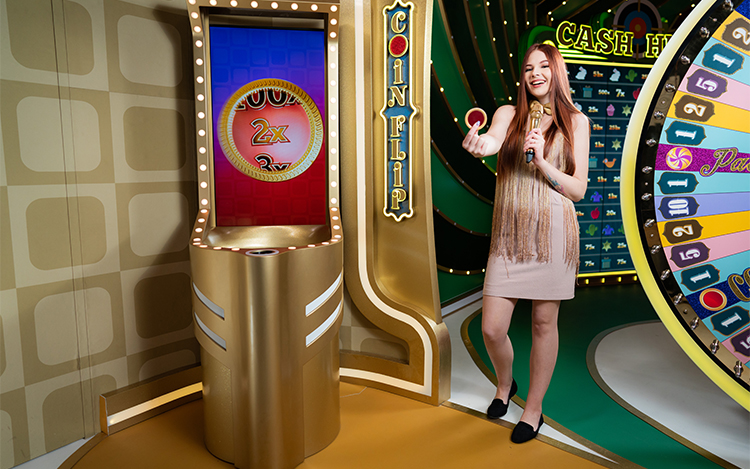 Coin Flip, which appears four times on the wheel, is the worst of the four Crazy Time bonus games. Just a coin toss between the two bet multipliers (represented by the colours red and blue). Your wager on this minigame has a multiplier range of 2 to 100. If the multiplier wheel landed on the coin flip, it may be multiplied even further. A machine flips the coin once the host hits a button. You receive the multiplier corresponding to the colour of the coin's face-up side.

If you choose to play the online game Crazy Time for real money at an online casino, the following information will be helpful to you:

At SpinGenie you can play the epic Crazy Time gameshow whenever you like, and, if you are willing to explore beyond the cooky fun, there’s also a whole range of casino games, slot games, and so much more to enjoy. Sign up and play today.

The Best Scratchcards from SpinGenie