Starburst is an iconic slot machine from NetEnt that’s been on the slot scene for over a decade, but despite this, and many sequels, the original game shows no sign of slowing down, and to this day is still beloved by slot players. Offering the perfect combination of graphics, immersion, symbols, bonus features, and game stats, it’s no surprise why Starburst is one of those timeless slot games that still draws in an abundance of slot players. Keep on reading to find out just some of the many things there are to love about the Starburst slot machine. 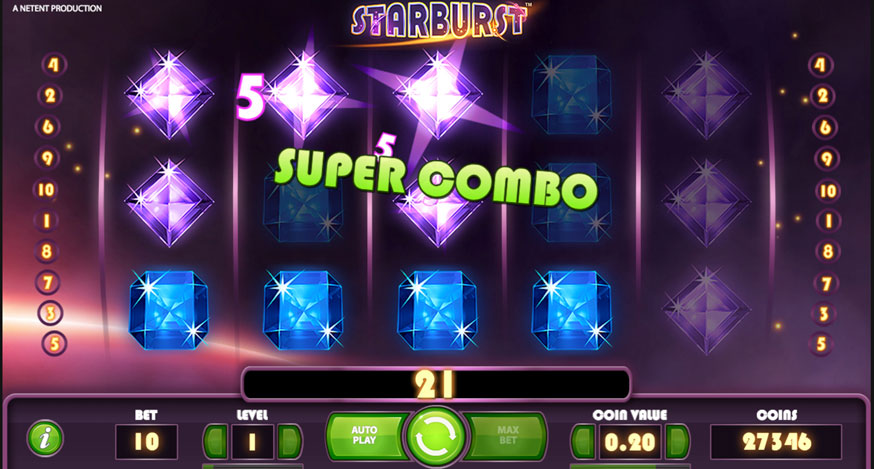 Starburst is a vibrant, space-themed slot machine with eye-catching, vivid graphics and sparkling jewel symbols that harken back to the original Bejeweled arcade game. The gorgeously designed slot, which utilises the NetEnt software platform, also has captivating cosmic music and colourful neons that are, surprisingly, calming for most players. You are taken into a heavenly space environment as soon as Starburst is launched. The reels are set against a stunning skyline of purple hues in outer space, with the earth's edge glowing brightly. As you play, brilliant stars will move across the sky, enveloping you in the theme and environment of outer space. Despite the cosmic soundtrack's peaceful and soothing tones, it regularly contrasts with aggressive, upbeat music that joyfully announces victory in typical arcade fashion; just in case you were worried about dozing off! 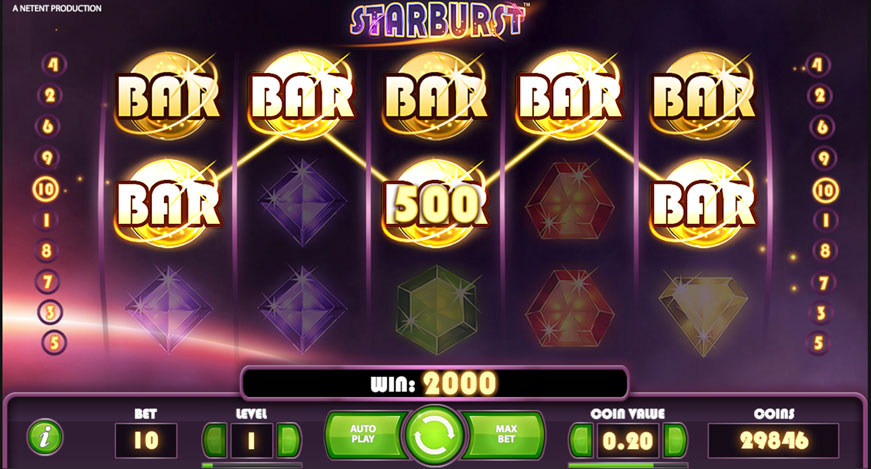 While you may see that there’s only one bonus feature and be a bit disappointed, this is actually one of the things that makes Starburst so loved. By keeping things simple, Starburst is able to both immerse and relax players, while also providing them with chances to win bigger and better prizes. The bonus feature is called ‘Starburst Wild’  and every spin of the spectacular bonus round in Starburst increases the fun factor. When the Wild symbols appear on the middle three reels, the Wild bonus round begins, and they expand to fill the reels with Wilds. A re-spin is also granted during this bonus, and if more Wild symbols emerge, another re-spin is awarded. This bonus offers up to 5 Re-spins, giving it some out of this world payout potential. But, don’t worry if a lack of bonus features is a deal breaker to you, because, over the years, NetEnt has come up with a variety of different spin-off titles that still capture the essence of the original game, but incorporate new and exciting features. 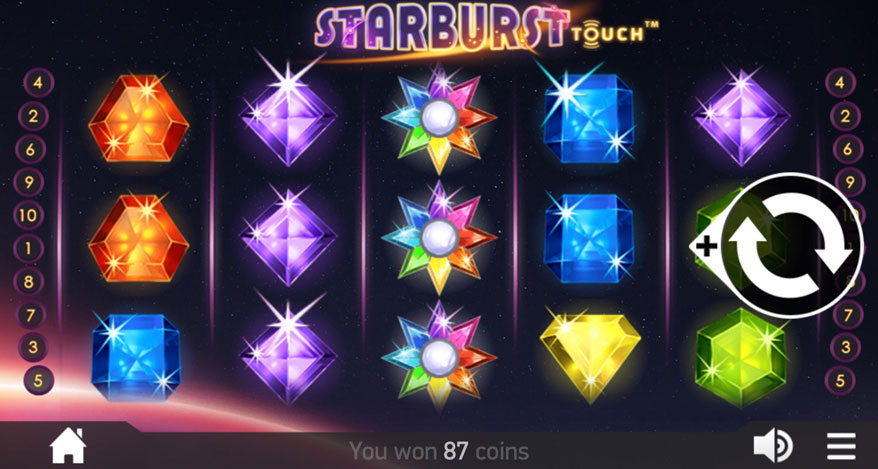 RTP or theoretical return to player can make or break a slot and we’re pleased to reveal that the stats for Starburst definitely aren’t a deal breaker. Currently, the market average for slot machines is 96%. Despite this game being over a decade old, the Starburst slot still sits well above the average at 96.1% putting the odds that little bit more in your favour. Starburst is also a low volatility and variance slot, meaning that the game is accessible to players of all skill levels, so no one is left out.

Starburst is an enchanting space-themed game that keeps things both simple and engaging for the best of both worlds. At Spin Genie you can play Starburst, and many of its other spin-off titles any time you like, and on any device you like; thanks to excellent device optimisation. So if you’re ready to blast off into space and try out Starburst for yourself, sign up and play today at Spin Genie.

Fluffy Favourites: 5 Reasons to Adore it