We’re heading to Ancient Egypt in today’s Pharaoh’s Daughter online slot review. The Pharaoh's Daughter slot UK, is a 5-reel, 50-pay line slot from Playtech, that invites you to go out on an Egyptian-themed adventure. It includes a wandering reel Free Games feature and a Fire Blaze Respin feature where you can collect sun symbols to win one of four fixed jackpots, the Grand Jackpot being worth 2,000 times your entire bet. If this intro has scintillated you, then keep on reading our Pharaoh’s Daughter slot machine review to find out more. 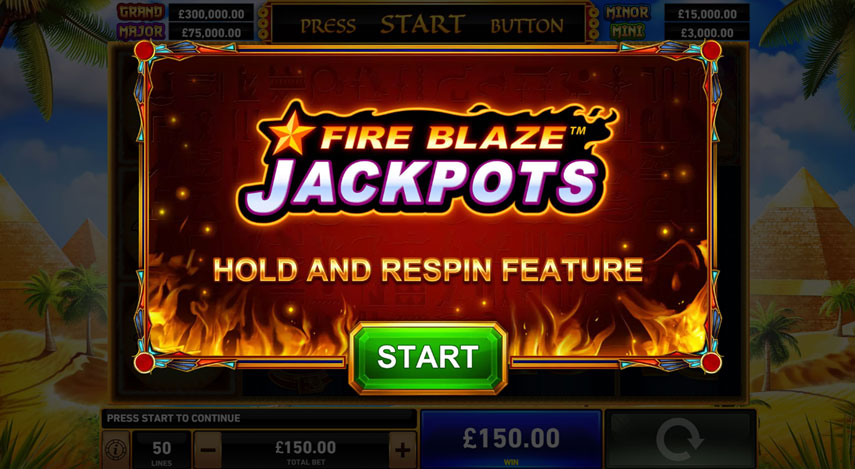 The Pharaoh's Daughter casino slot has a rather intriguing twist when it comes to the bonus features, despite the fact that the Egyptian theme is far from the most creative for an online slot. The bonus round is typically the main draw, but in this instance, you will be rooting for the respins feature; but more on this later in our Pharaoh’s Daughter slot review. With 5 reels, 3 rows, and 50 chances to win, the game is played against a background that portrays the pyramids as they could have appeared in their heyday. On all platforms and devices, (such as on the go with the  Pharaoh’s Daughter Mobile slot) bets can range from 25p to £500 for each spin. The RTP is 96.5%, which is slightly over the average for the industry and gives you a respectable house edge of 3.5%.

A, K, Q, J, and 10 royals are among the symbols in Pharaoh's Daughter slot online, which features decent graphics and animations with a background of pyramids. Other symbols include ankh crosses, Anubis heads, the eyes of Ra, and scarab beetles. The latter pays out the highest, offering you three times what you initially bet. The scatter and sun are the only two symbols that cannot be replaced by The Pharaoh's Daughter, which may be found on reels 2 through 5. Additionally, the sun symbol, which can show up on all five reels, can award you 1, 2, 3, 4, 5, 10, or 50 times your wager for each appearance.

How To Play Pharaoh's Daughter

To play the Pharaoh’s Daughter slot, load the game at Spin Genie. In the Pharaoh's Daughter online slot, you can wager as little as 0.25 credits or as much as 500. Due to this, it is the perfect slot for all types of gamers, whether they are high rollers, low rollers, or anywhere in between! Once satisfied with your stake, simply click the spin button to set the reels in motion. 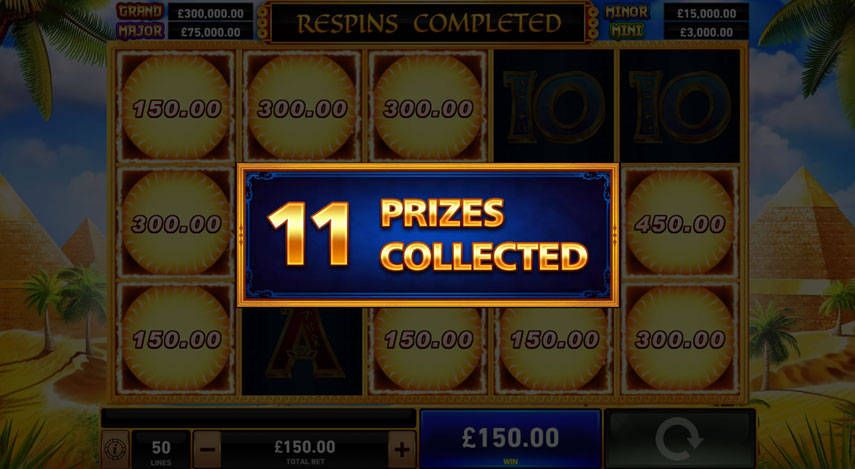 The Pharoah’s Daughter slot bonuses are as follows:

Although it has a payout, the Sun sign is a type of bonus symbol. Each sun symbol has a random prize value of 1 to 50 times your bet and can appear on any of the game's five reels. The Fire Blaze Respins feature will be activated if you land between 6 and 15 sun symbols on the same spin. As previously established, each sun symbol has a cash value associated with it, but they can also appear with Jackpot Stars (more about that below). Here, you will begin with three respins, and the sun symbols that launch the game are sticky. More sun symbols will also turn sticky, and each time you land one, the amount of respins will return to 3.

When you land three or more pyramid scatter symbols on reels 3 through 5, the free spins bonus round is activated. In the beginning, depending on how many scatters you landed, you will either receive a win of 1x, 10x, or 50x your bet. Then, if you manage to land three scatter symbols on the same spin during the bonus round, you will receive an additional eight free spins. Additionally, you will profit from a wandering reel that can only include sun or wild symbols. You can get a stacked wild reel or stacked sun symbols from this reel, which changes position with each spin. This facilitates the formation of winning combinations or the activation of the Fire Blaze Respins feature during the free spins feature.

While not possessing the most original theme, the Pharaoh’s Daughter slot definitely has some exciting bonus features which certainly spice up gameplay. Sign up and play today at Spin Genie.