In the Imperial Palace slot machine from Red Tiger Gaming, you can enter the private world of Chinese royalty and win up to 1010x your wager on a 5x3-configuration grid with 20 paylines and gorgeous graphics. You'll generally know what to expect if you're familiar with the commonplace Chinese-themed slots, but Red Tiger Gaming flips this genre on its head with this stunning and original interpretation of Chinese cultural features. Check out this low-volatility game for some fresh air.

The Imperial Palace slot game's symbols feature exquisite artwork that represents details found in a Chinese royal, such as precious vases, jewellery that resembles golden phoenixes, falling hibiscus flowers, a regal guzheng, and the imposing palace gates. These stunning graphics, which are undoubtedly some of Red Tiger Gaming's best, will make you feel as though you are inside the palace.

The Imperial Palace casino slot has a theoretical RTP of 96.16%, placing it nicely above the current market average. As a low volatility slot, the Imperial Palace slot UK has been designed to appeal to a wide variety of players.

How To Play Imperial Palace 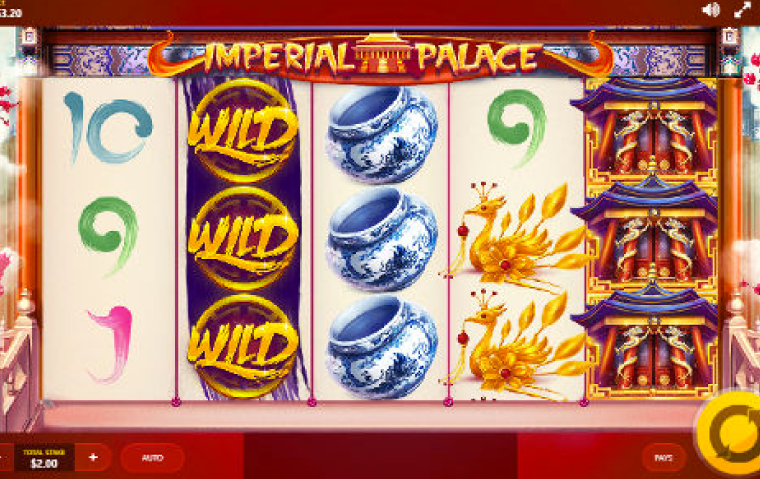 To play the Imperial Palace slot online, load the game at Spin Genie. This can be done on any device of your choosing including on the go via the Imperial Palace mobile slot. You'll see a basic red bar at the bottom of the screen underneath the massive grid. Only the spin button, bet adjustment buttons, and a little LCD showing your balance and winnings are there on this very basic control panel. You won't have any trouble getting used to the appearance of this slot, but please take the time to read the instruction manual, which is accessible via the settings button, to understand more about the specifics of its functionality. You can view the pay and win tables in the information guide to see the rewards for the slot's symbols and all the potential win line combinations. The large variety of bets, which vary from 0.20 to 100, appeals to many gamers. 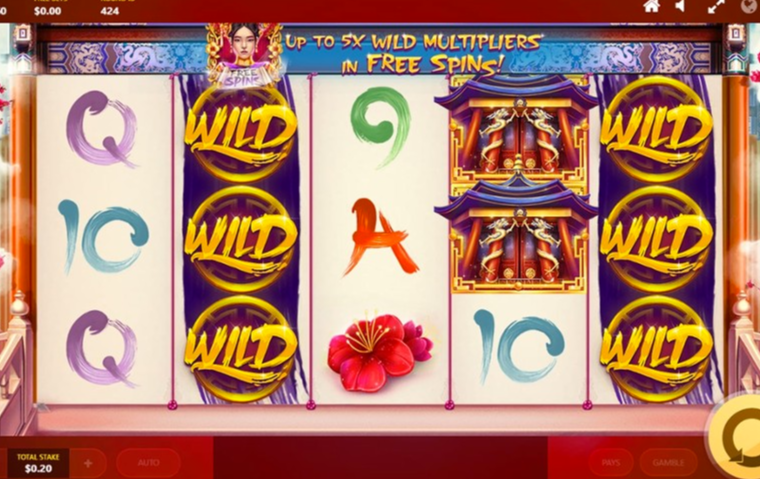 The Imperial Palace slot game keeps its slot bonus features pretty straightforward. The Imperial Palace online slot features lavishly distributed wilds or symbol substitutions on each reel. They act as substitutes for standard symbols and, if they appear alone, can result in massive line wins. A 5x multiplier is applied to all winnings when a wild is involved. Unfortunately, there are no free spins available on this slot. You can still engage the Fortune Brush bonus, which is randomly activated and awards a 1000-credit quick cash prize.