How To Play Ted Slot Game

Blueprint Gaming's Ted slot machine was meticulously designed after the epic comedy Ted, starring Mila Kunis, Mark Wahlberg, and Seth Macfarlane. Seth Macfarlane is a legendary figure in the comedy world, and the 2012 release of his debut live-action film, Ted, generated excitement. It only made sense for a slot machine to portray the naughty action as the film was hailed as a smash hit blockbuster, and boy has Blueprint delivered.

There are so many amazing references in this slot that if you're a fan of Ted, you should check it out. Even if you've never seen the movie, there are lots of additional features in the Ted slot machine to look forward to.

This slot machine's graphics are all fantastic, and every detail has been carefully considered, especially the references that can be found throughout the entire game. Continue reading to find out how to play the Ted slot and join in on all the fun that is offered in this game.

How to Play Ted Online Slot 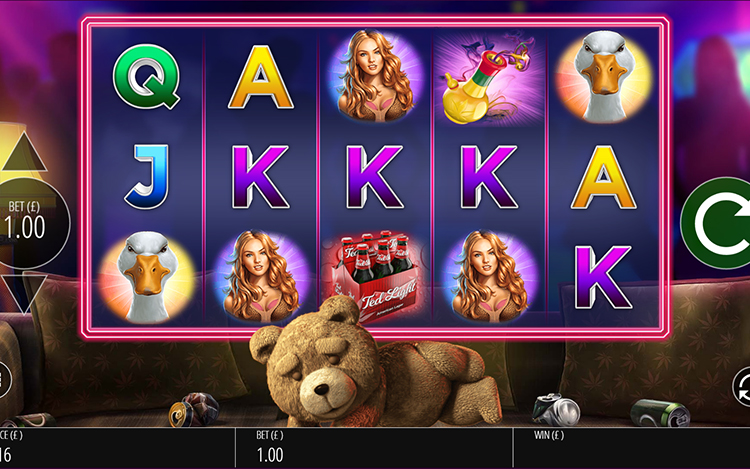 Despite having so many bonus features, the Ted slot machine is incredibly easy to learn to play and only takes a few steps. The Ted slot machine by Blueprint is a traditional 20-line video slot in which you must match three or more symbols in a row (from left to right) to receive a payout. You can wager as little as £0.20 each spin on the Ted slot machine and as much as £200. Due to the 20 paylines on the machine, your wager will be divided into 20 line bets, and every winning paytable combination will be calculated using that number (but more on this later). 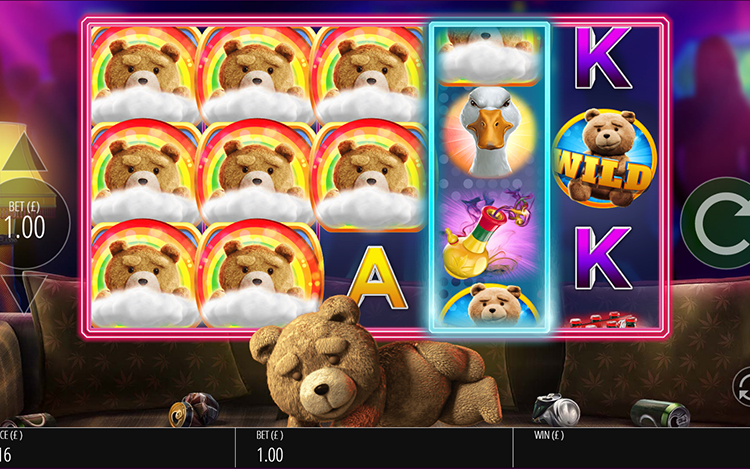 Of course, all slots have rules, and being aware of the game rules before playing is important. Here’s a run down of some of the most important things about the Ted slot to bear in mind (if you’ll pardon the pun!).

Lastly, of course, with all slots, malfunction will void all plays and pays. One of the ways to avoid this issue is to ensure you have a stable internet connection when playing the Ted slot. 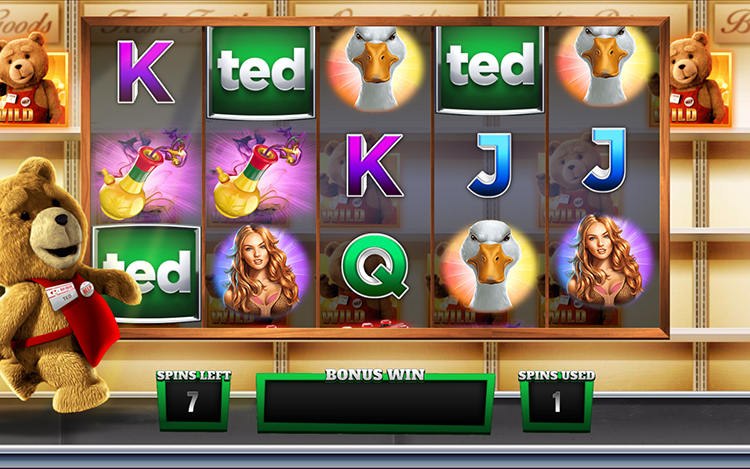 Now you know how to play the Ted slot machine you’re probably looking to dive into the game for yourself. To do so, sign up and play today at Spin Genie where you can enjoy the Ted online slot, plus a whole host of other great slot games, casino games, table games and so much more. Come and say hello to discover more.

How To Get Free Spins and Bonus on Ted Slot Game