The bonus features of the Goonies Jackpot King slot are split into two categories; those that are random modifiers, meaning they become triggered at random as the player spins, and the bonuses offered by the prize wheel which is spun when players land three bonus scatter symbols in any reel position within a single spin.

Let’s take a look at how the Goonies Jackpot King Modifiers work first:

Now let’s look at the bonus features which are awarded when their space on the bonus wheel is landed on:

While such a wealth of bonus features is a treat in itself, with The Goonies Jackpot King slot, the fun can continue as at the end of every bonus round five chests will appear. Players pick a which and a prize will appear, which can even trigger the bonus wheel to spin again! 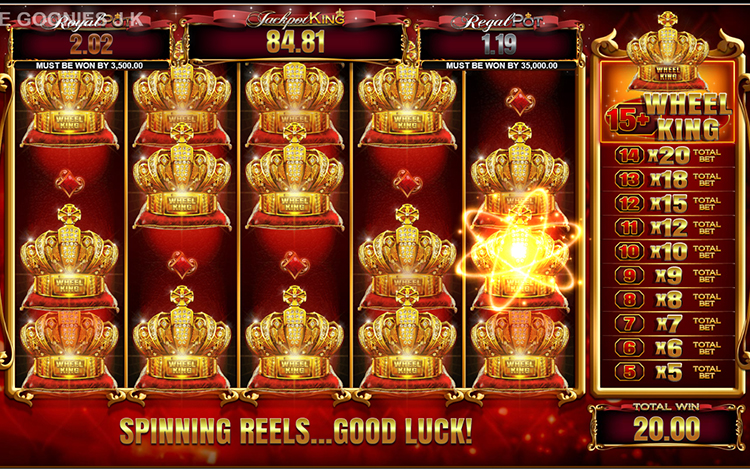 Last but not least, The Goonies JPK includes the Jackpot King feature. This feature offers three separate jackpots to players. Players receive 500 coins from the Royal pot and 5000 coins from the Regal pot. When it comes to the Jackpot King pot, things get even more exciting because it is a progressive pot where winning jackpots far over 1 million coins are not unheard of, though, the stars will have to align and your luck will have to be in to win this.

At SpinGenie you can play the Goonies Jackpot King slot machine as well as a whole host of any casino games, playable from any device you like. Sign up and play today.