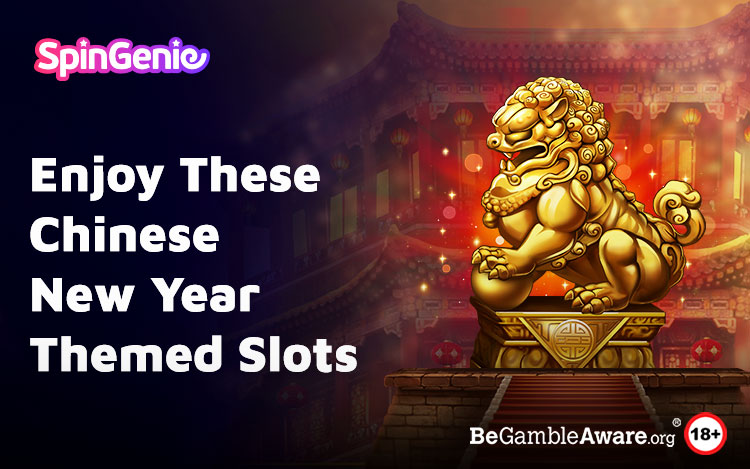 Chinese New Year (also known as Spring Festival or Lunar New Year) is celebrated by communities around the world, not just those of Chinese heritage. This exciting festival marks winter’s end and the start of spring and begins with the new moon (appearing from 21 January to 20 February). It’s a completely different type of celebration from New Year festivities in Europe, the United States, and many other countries worldwide. Traditions and common practices to mark the festival differ significantly from those in the West.

Chinese New Year is believed to have started with the mythical creature known as the Nian, found in mountains or beneath the sea. Traditionally, Chinese New Year is a time to honour both ancestors and deities, and the festival is connected with various long-standing customs and myths. For example, people celebrating Chinese New Year may give one another red paper envelopes containing money, light firecrackers, and decorate windows with red paper-cuts.

Various iGaming brands have taken inspiration from some of China’s legends and customs when designing slot games. These titles also incorporate diverse elements from across Chinese culture, including traditional colours, symbols, and creatures. From dragons and multicoloured lanterns to statues of Buddha, Chinese-themed slots are packed with eye-catching visuals and thematic features.

Each of the below titles does a fantastic job of bringing traditional aspects of Chinese culture to the screen, while providing you with chances to win prizes through their base games and bonus features. 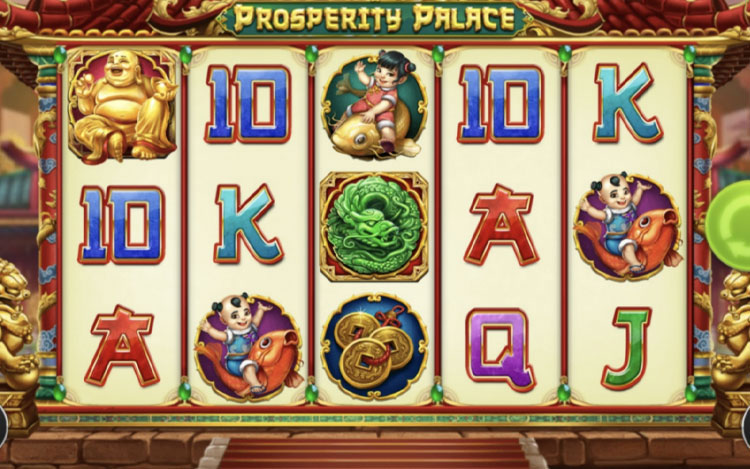 You can also take advantage of the optional Gamble feature. This lets you increase any prize you win during the base game if you can correctly predict a hidden card’s colour or suit. 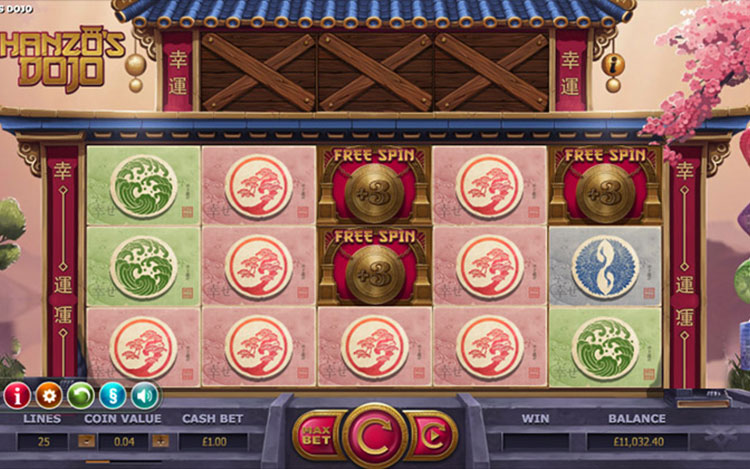 Step into a traditional Chinese dojo in this fast-moving 3x3 slot game from Yggdrasil Gaming. Hanzo’s Dojo has an RTP of 96.1%, 25 paylines, and incorporates multiple impressive features — including two types of Free Spins and Expanding Wild reels.

But one of the top features in Hanzo’s Dojo, though, is the Rooftop slot: this brings you an opportunity to win one of three prizes — a Wild, Hanzo Spins, and Free Spins.

The Wild will drop down to the main reels and may cover a while reel, while substituting for other symbols to create winning combos. Match three Hanzo symbols on the Rooftop slot to trigger three Hanzo spins. And Rooftop Free Spins are each worth four Free Spins and a Booster. 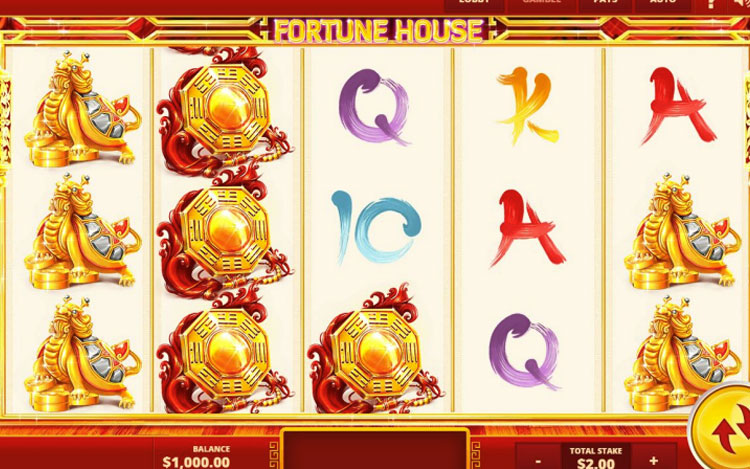 Red Tiger Gaming’s Fortune House boasts a traditional Chinese style rich with elegant reds and golds. It includes 20 paylines and a variety of beautifully designed symbols based on Chinese culture and mythology, such as dragons, Buddha statues, golden Chinese treasures, and more.

You can trigger multiple special features during the base game, including Fortune Tree. This massive symbol can land anywhere on the gaming grid and drops symbols onto the reels to replace existing symbols with high-paying ones.

The Dragon Wheel multiplier may appear on any spin, offering you the chance to win bigger wins if it lands on the highest multiplier. The Mystery Win awards you a secret prize whenever it hits the reels, and Fortune Respin gives you respins until you form a winning combination. 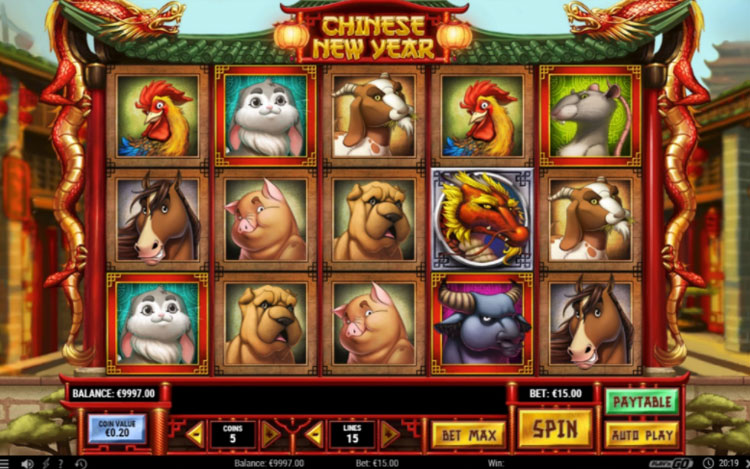 The Chinese New Year slot game from Play’n GO is perhaps the ideal title to play if you want to mark Chinese New Year 2022 with a spot of iGaming. This 5-reel video has up to 15 paylines, a default RTP of 96.65%, and a cast of adorable creatures including chickens, goats, rats, dogs, pigs, and even dragons.

The Chinese New Year slot game includes a Wild (which substitutes for all other symbols), a Scatter, and a Free Spin Scatter. If you land the Scatter on reels 3, 4, and 5, you’ll get to play the Dragon fireworks bonus feature: launch fireworks to win coins without letting them explode on the ground (if they do, the round ends). You can activate the Free Spins round by landing Free Spin Scatters on reels 1, 3, and 5.

As you can see from this selection, you can choose from some fantastic slot games inspired by Chinese New Year to celebrate the festival or at any other time. But this is just a small selection of the online games based on China, its myths, and its traditions. Each has been designed by a leading iGaming software team, so you can expect high-quality visuals, performance, and bonus features.

Whether you want to celebrate Lunar New Year 2022 or just try a stunning Chinese-themed slot offering the potential to win big, play one of these Chinese New Year slot games at SpinGenie now!

Get Competitive with these Great High RTP Sports Slots

The Most Immersive 3D Online Slots are Right Here at SpinGenie