We’re seeking inspiration from the Orient in today’s Chi online slot review. ELK Studios' 27-pay line Chi online slot has stunning graphics and an interesting premise. In the Chi slot machine players can win an incredible 12500x top prize, the Chi slot also has four fantastic bonus features: a free spins bonus, extra wilds, multiplying multipliers, and a prize trail bonus game, has plenty to keep players entertained. There’s a lot to get stuck into in our Chi slot machine review, so if you’ve liked what you’ve read so far, then definitely keep on reading.

ELK Studios always performs a fantastic job of bringing incredible themes to life with bright graphics when it comes to making new online slots. The Chi slot UK is yet another illustration of ELK's ability to design realistic environments, and this video slot has a lovely Asian garden scene with cherry blossom petals falling from lovely trees. There is a wonderful soundtrack in the game as well.

The Chi online slot from ELK Studio has 27 paylines, and the reels are lavishly embellished with Chinese motifs and are situated in a Chinese garden among cherry trees that are in bloom. Pagodas, mountains, and a relaxing soundtrack in an oriental manner are all classic design components. The reels of the Chi casino slot are framed by red columns, but the garden has two sculptures that have a stone-like appearance. Three reels are located on each, and they all spin simultaneously as the primary set. These two belong to Mow, the Wind Spirit, and Chi, the Fire Spirit, respectively.

When the spirit symbols appear in a straight line across the three reels, both activate bonus rounds. When Chi and Mow's traits are recognized, they are depicted as adorable cartoon creatures that leap around the screen in celebration of your victory.

The pink koi, a golden gourd, a crimson lantern, and a green flute are among the symbols found in the main game. Lotus flowers are the highest-paying symbols in the Chi video slot game.

When a series of symbols begins at either end of a payline, or from the top or bottom of these sideways reels, the Chi slot machine pays out.

The Chi slot game has a theoretical RTP of 96% which sets it as bang on the market average. The Chi game is played at high volatility, however, meaning it may be too intense for new or casual players.

How To Play Chi 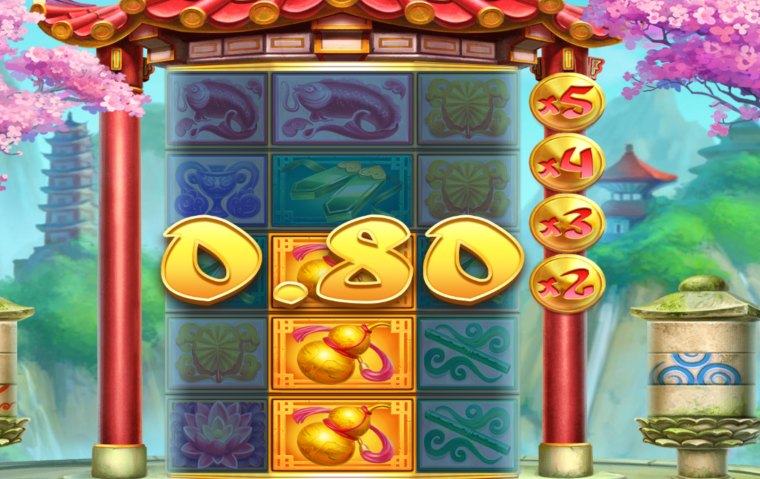 To play the Chi slot, load the game at Spin Genie. The Chi game is compatible with all devices, and can be played on the go via the Chi mobile slot. Once the game has loaded you’ll need to set your wager. The minimum bet to spin the reels of the Chi online slot is 0.20, while the maximum stake is 20.00. You have the choice to employ several betting tactics in the Chi slots game, just like in previous ELK Studios titles. Depending on how well your last spin went, the Optimizer will wager a certain portion of your bankroll on each spin. After a string of losses, the Leveller option increases the bet size and resets after a victory. The bet is increased by one level by the Booster and a maximum of five times by the Jumper after each loss and win, respectively.

When you play the Chi slot you’ll notice that the reels rotate left to right rather than top to bottom. You would hit winning combos precisely the same way you would on any other online slot machine, so this doesn't really have an impact on the gameplay other than giving it a distinctive new look. You essentially have 54 paylines accessible to you because wins also pay both ways. 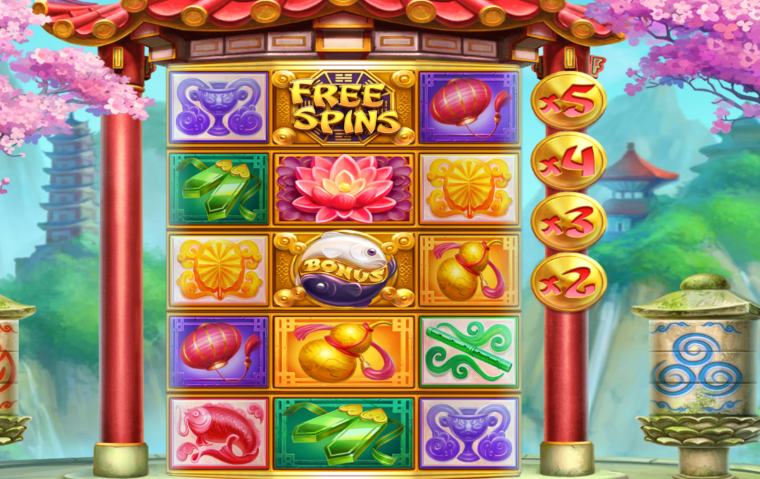 The Chi Slot Bonuses are as follows:

This video slot pays both ways—from left to right and from right to left.

The Stairway to Fortune click me bonus is initiated by three Ying and Yang bonus symbols.

While the character "Mow" moves through the clouds filled with multipliers, the character "Chi" will randomly select a number between 1 and 6. You can win from 2x to 200x your wager on the clouds.

When you reach the Fortune Reels, each of the five reels is spun and the multipliers you have accumulated are combined together. If you hit the arrow on the top reel, you can receive a massive x10,000 multiplier.

Two reels are rotating separately on the left and right sides of the reels. You get two characters if they land with a completely formed symbol:

Three or more free spins symbols start the free spins feature. 10, 15 or 20 free spins are awarded for 3, 4, or 5 stray symbols. The bonus spins can be repeatedly triggered. Even better, any wilds produced by Chi will remain sticky during the free spins, and a single hit from Mow triggers a progressive multiplier with a beginning multiplier of 3x but a potential maximum multiplier of 5x.

If you’ve enjoyed our Chi slot review and want to give the game a try for yourself then sign up and play today at SpinGenie.