Book of Dead is an Egyptian-Themed Slot Game

There are many slot machines with Egyptian themes that draw their inspiration from myths and legends from the distant past such as Cleopatra and Eye of Horus. When you first start spinning Book of Dead, you can obviously sense Novomatic's iconic Book of Ra's influence. However, even though that game is a classic, we'd argue the graphics here are more advanced and better depicted than many other Egyptian slot games; which is definitely our first reason to love the Book of Dead slot.

The adventures of Rich Wilde have received a tremendous lot of attention in the slot world. In this game, he comes across a Phoenix, the Pharaoh, and then Anubis, the jackal-headed God of the Afterlife, as he makes his way deeper into the Underworld. All are exquisitely depicted in deep jewel tones with gold accents, and the lesser paytable symbols exhibit the same level of attention to detail.

Book of Dead Online Slot is by Play’n GO 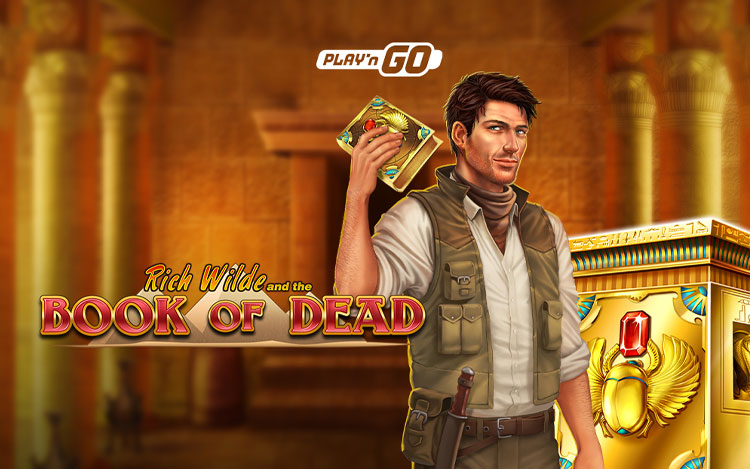 Play’n GO is an absolutely iconic slot developer that is known for having straightforward games that are perfectly optimized for all devices so you can quite literally ‘Play’n GO’ with any of their titles which is fantastic.

Aside from the Book of Dead, Play’n Go has created other popular slots such as Reactoonz, Fire Joker, and Mystery Joker 6000. Another great factor of Play’n Go games is that their graphics are always great and captivating, and as Rich Wilde is one of their flagship game franchises, there’s regular something new in the series - but Book of Dead is where this franchise began. 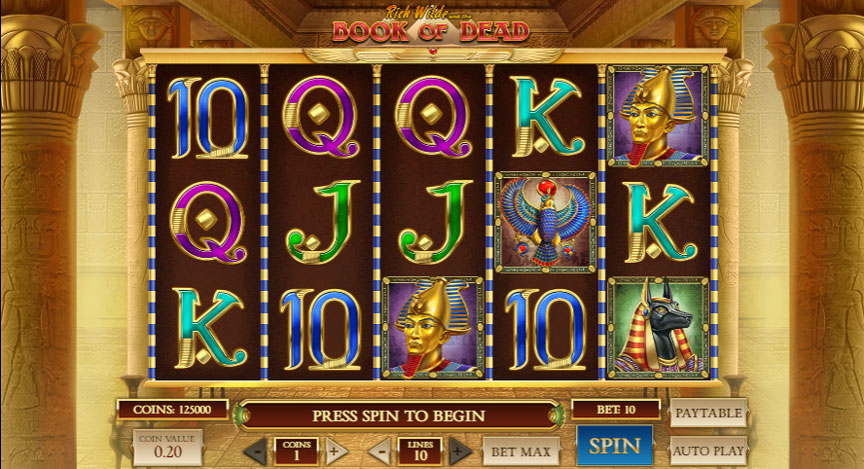 As we mentioned, one of Play’n GO’s strong suits is its epic graphics. Temples, sphinxes, and golden representations of the most significant Gods roll between the drums as an exhilarating soundtrack enhances the game. The visuals in the Book of Dead are far superior to those in the Book of Ra from Novomatic. The gameplay, aesthetics, and design all seem to be considerably more appealing to players as a result.

Like the other decorative elements on the screen, the symbols are of extraordinary quality. The 5 x 3 reel is one of the symbols. Additionally, the game's emblems are inspired by Egyptian antiquity. These include items like the Tutankhamun Mask.

The bonus feature is activated when you land three of the Rich Wilde symbol, which also happens to be the highest payout symbol. 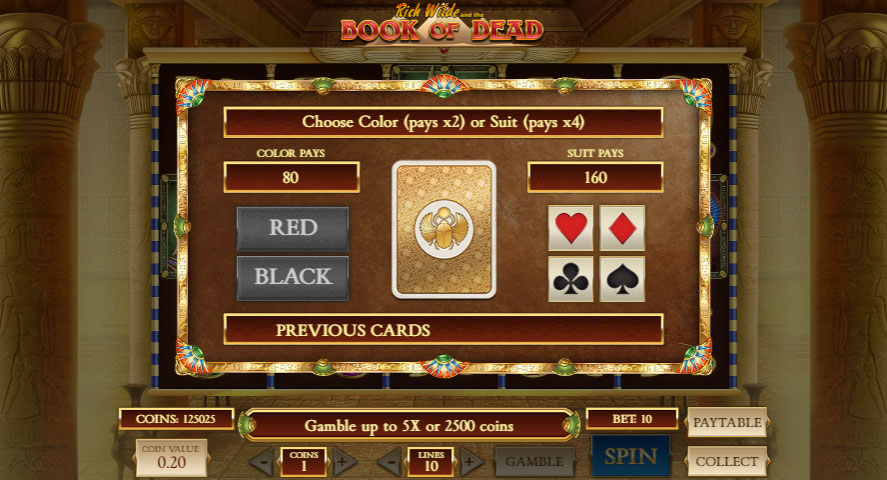 The Rich Wilde and the Book of Dead slot has only one bonus feature, but before you think of this as something negative, think again. The free spins bonus round for this slot is iconic. The Book of Dead slot only has one bonus feature available. The Free Spins bonus is activated when the Book scatter symbol appears three or more times anywhere on the reels. You next enter a sacred chamber where you will be given 10 free spins in addition to a payoff of 2, 20, or 200 times your total wager.

Watch out for three dispersed Book symbols throughout the bonus because they'll award you an additional 10 free spins. You will receive 20 bonus spins for doing this. In fact, the free spins feature can be retriggered indefinitely.

More significantly, before the feature begins to function as a unique expanding symbol, a symbol is selected at random. This symbol might provide you with some enormous prizes if you land it on a few reels. Here are the possible payouts you could receive if you're able to cover all five reels with the same symbol:

5,000 times your wager is the biggest jackpot that may be won on the Book of Dead slot machine if Rich Wilde appears as the high-value symbol.

Rich Wilde and the Book of Dead's RTP is 96.6%, meaning that for every 100 dollars wagered, the player should theoretically receive 96.60 back in winnings. (Do note of course, that this is only a theoretical average). However, statistically, Rich Wilde’s RTP is 0.6% above the current market average, which is pretty impressive. The Book of Dead is a high-volatility slot, which perfectly suits the high-value prizes and the tomb-raiding theme of this title.

Play Book of Dead and other Popular Slot Games at SpinGenie.com

Book of Dead is an absolutely iconic slot that is the perfect modern take on the classic Ancient Egyptian slot; it’s really not hard to see why we love this slot so much! To play this game sign up and play today at Spin Genie!