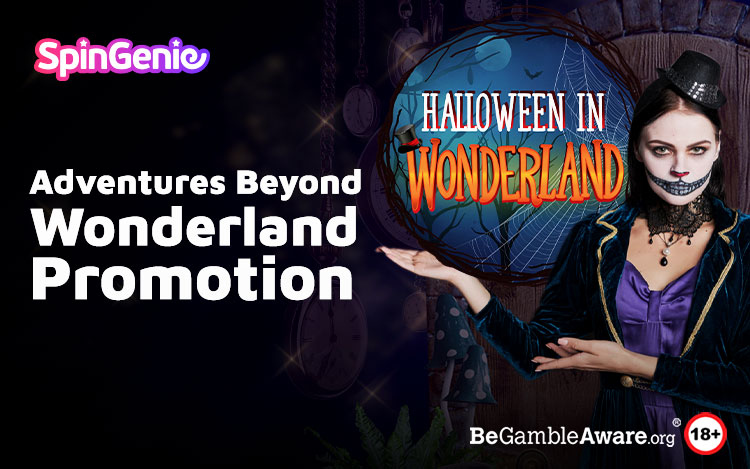 Spooky season is officially here and Playtech is marking the occasion like no one else can with their epic Halloween Promotion which you can play right here at SpinGenie! Join us for Playtech’s Halloween Spooktacular running from the 22nd-31st of October which sees the epic Adventures Beyond Wonderland takes center stage. There’s $50,000 up for grabs over this 10-day bonanza; you heard that right; $50,000!

To participate all players need to do is bet $1 or more on the Adventures Beyond Wonderland game show; Playtech’s innovative wheel-based game show inspired by Alice in Wonderland. Each day sees 10 bonus rounds on offer where players can win their share of $500 in golden chips/cash; not bad for just a $1 investment!

If you love all things spooky and scary then you won’t want to miss out on the PlayTech Live Halloween Promotion at SpinGenie. Remember, this event runs for 10 days and there’s new opportunities to win every day, so mark the 22nd of October in your calendars folks and join us at SpinGenie for this fantastic promotion.